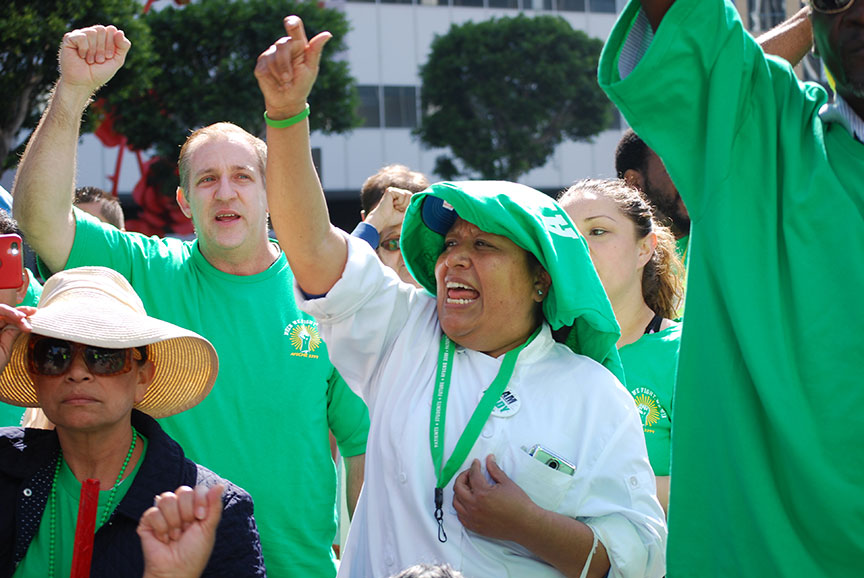 (OAKLAND, CA) – In an attempt to circumvent and subvert the collective bargaining process required by state law, the University of California announced on Friday imposed terms on more than 9,000 of its lowest wage Service workers. The move follows more than a year of stalled negotiations and new research that revealed increasingly unequal treatment of women and people of color performing service jobs at the University.

“The University of California’s decision to subvert the collective bargaining process by forcing provisions that would raise healthcare premiums, lift the retirement age, flatten employee wages, and accelerate the outsourcing of jobs for thousands of frontline workers is a testament to the growing inequality that’s eroding the core public mission of the UC system today.

“The fact is that while UC doubles down on inequality for its most vulnerable workers and asks students to pay more in tuition and fees, its top brass is lining its pockets with exorbitant salaries, lavish perks, and secret slush funds.

“This is a full-frontal assault—not just on the collective bargaining process and the frontline workers that make the UC system run every day, but on the values that this institution is supposed to represent.”

The terms that UC is imposing on its low-wage service workers include higher healthcare premiums, more outsourcing of jobs to low-wage contractors, and wages that fail to keep pace with the rising cost of living.