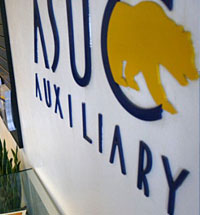 The University of California and California State University systems will drop their opposition to a bill that would require their auxiliary organizations to adhere to state public records laws.

A previous version of the bill was vetoed in October 2009 by former Gov. Arnold Schwarzenegger, who has said that it would not be an adequate remedy for ensuring that there is proper transparency in the UC system — a sentiment with which UC and CSU officials had previously agreed. But the bill’s author, Sen. Leland Yee, D-San Francisco, announced Wednesday that he reached an agreement with the two systems on a compromise bill that he said is likely to be enacted and would protect the anonymity of any donor who did not receive certain monetary rewards or attempt to “influence curriculum or university operations.”

“After several years of fighting to open up the books of our public universities, I am pleased that we are able to come to this agreement,” Yee said in a statement. “Finally, we will have true sunshine and accountability of the administration of billions of dollars within UC and CSU. I commend the universities for seeing the light and allowing us to strike this deal.”

Yee has said he is confident that the bill will be signed into law, should it reach Gov. Jerry Brown’s desk.

“Our public universities should not be allowed to hide billions of dollars without any accountability,” Yee said in a statement. “Most of these auxiliaries are fully staffed by public employees who administer public funds, yet their decisions are made in complete secrecy. Taxpayers and students deserve better.”

“The University of California is pleased to remove its opposition to SB 8 in response to amendments that will protect donor privacy and recognize that University campus foundations are non-profit organizations that exist solely to assist UC with its educational, research and public service mission,” said Steve Juarez, Associate Vice President of UC State Governmental Relations, in the statement. “Senator Yee, his staff, and the sponsors of SB 8 … are to be applauded for negotiating a compromise that provides for greater transparency and accountability without sacrificing privacy protections that University donors and volunteers have a right to expect.”

“We don’t necessarily just want to throw away anonymity just because they get kind of a standard perk to a donation that anybody would get,” he said. “What we’re really trying to get at is these situations where they negotiate some sort of quid pro quo or perk.”

Additionally, under the new bill, those seeking access to public records would gain access to all financial documents, expenditures and correspondence of the organizations. According to Keigwin, having access to correspondences within foundations and auxiliaries would open the door to information dealing with attempted influence of curriculum or university operations.

“If there is anyone trying to influence curriculum you’ll then be able to say ‘Hey were they a donor? And if so, I want to know the name of this individual,’” he said. “And they’ll have to give that up now.”

According to Keigwin, the bill will move to the state Senate floor for a full vote sometime next week.