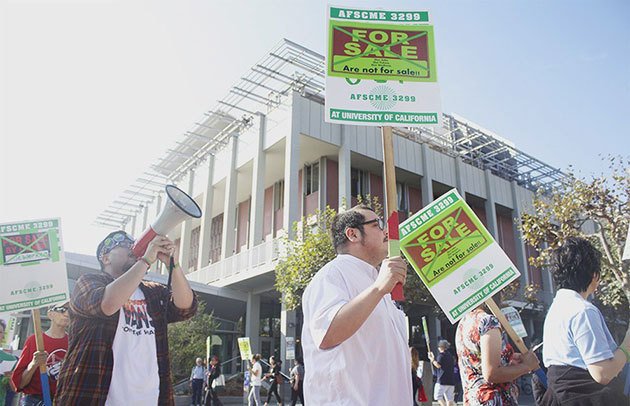 The workers — employed by ABM, PerformanceFirst and LAZ Parking — were previously a part of the University of California’s two-tier employment policy.

The campus employs some individuals directly, or in-house, while others who do temporary or seasonal work are employed as subcontracted workers, receiving reduced pay and fewer benefits than their directly employed counterparts.

Action in support of the speakers’ boycott has stemmed from both campus and city entities in the past month.