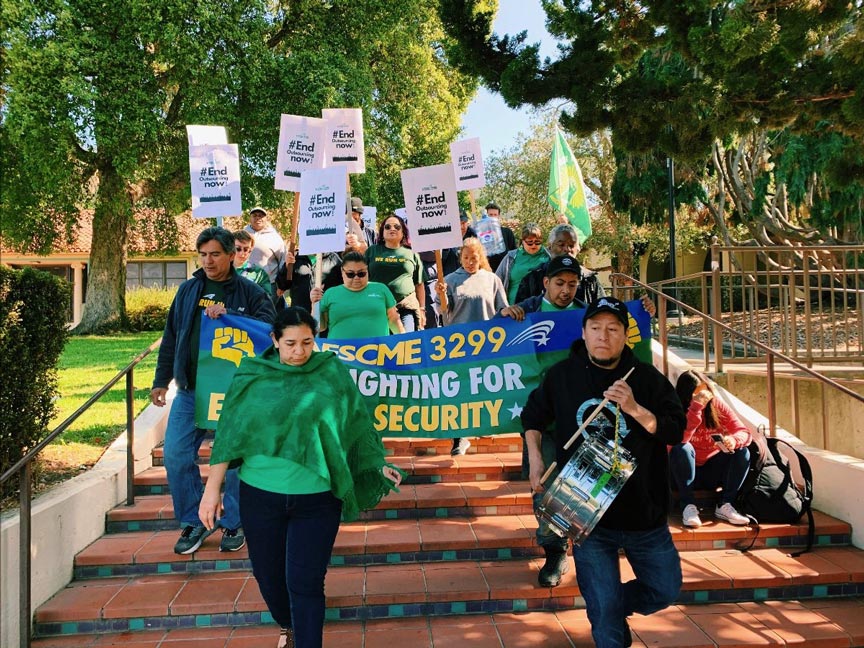 In an announcement released Friday, the American Federation of State, County and Municipal Employees, Local 3299, which represents the employees, said the action will take place at all 10 UC campuses and at five medical centers. Local schools and medical centers are UC Irvine, UCLA and UC Riverside.

Picket times and specific locations will be announced in the coming days, union representatives said.

“This is not just morally bankrupt, unfair and unsafe for the students and patients who depend on the work we do — it is illegal,” she said in a statement. “And we will not rest until this lawlessness stops.”

UC spokesman Andrew Gordon said the union has been difficult, if not impossible, to work with.

“Over the past two and a half years of negotiations, ASFCME leaders have not budged on their unreasonable wage demands,” Gordon said via email. “They have refused to hold a vote on any one of UC’s many fair proposals. And this strike notice does nothing to give employees the long-overdue agreement and raises they deserve.”

The university has settled contracts with the leaders of nine other unions “who worked in good faith” to resolve issues at the bargaining table, he said, adding that “our employees deserve the same from AFSCME leaders.”

Union representatives said documents recently published by the state Legislature show UC has increased its spending on outsourcing of campus service and patient care jobs normally performed by university employees by 52% since 2016 — and by 84% at UC Medical Centers.

As direct employees, their starting wages are already as much as 23% less than white men doing similar jobs, the union said, and as outsourced workers, they are paid as much as 53% less than regular UC employees.

For the full article, click on the link below.
[Source]: OC Register