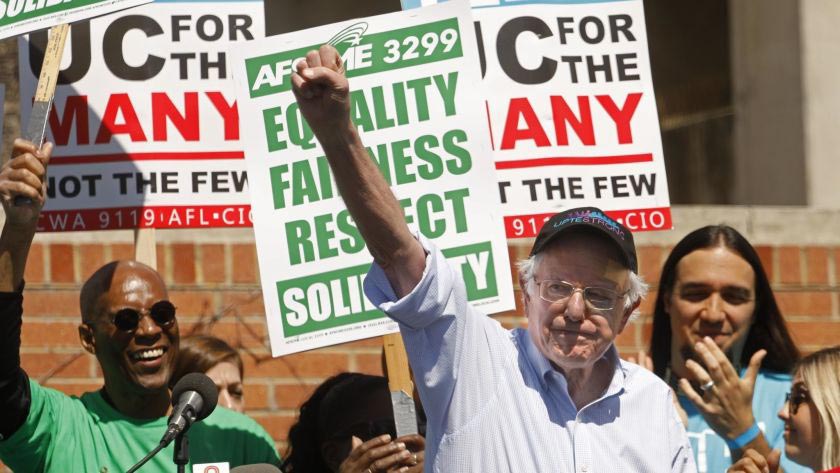 The Democratic National Committee has yanked its Dec. 19 presidential primary debate from UCLA in solidarity with labor unions that are engaged in disputes with the university.

Mary Beth Cahill, a senior advisor to the DNC, said the party had asked the debate’s media sponsors, “PBS NewsHour” and Politico, to find an alternative site “in response to concerns raised by the local organized labor community.”

The sixth debate of candidates for the party’s 2020 presidential nomination was scheduled to take place at UCLA’s Luskin School of Public Affairs.

“With regret,” UCLA said Wednesday in a written statement, “we have agreed to step aside as the site of the debate rather than become a potential distraction during this vitally important time in our country’s history.”