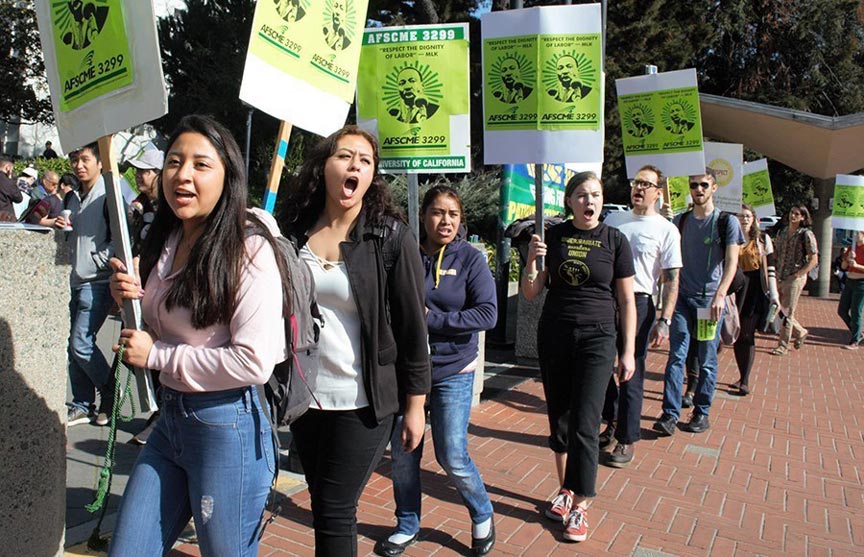 The complaints concern the UC system allegedly outsourcing jobs to underpaying contracting companies. A press release from Leonard Carder LLP said the UC system broke one of its own policies by exempting a labor supplier from providing contract workers the set minimum wage.

“What we’re talking about here is a pattern (that) reveals a hostility to its frontline workers,” said AFSCME Local 3299 spokesperson Todd Stenhouse.

UC Office of the President spokesperson Andrew Gordon said the UC system is in the process of reviewing the union’s complaints.

Potential outcomes of the UC system’s alleged actions also include understaffed facilities or employees without the proper training to perform their jobs, according to Stenhouse.

According to a summary of the filed complaints published by the union’s law firm Tuesday, the UC system has allegedly avoided the process of competitive bidding, the process by which a company must issue a public bid — in response to which other companies will present proposals for a specific project. The UC system is required to do this before renewing any contract that is more than 10 years old, but has been able to avoid doing this by amending its services contracts.

The union has filed similar complaints in the past, and staged a strike last year — but Stenhouse alleged that this problem has continued. Two of the latest complaints are amended versions of past complaints.

AFSCME Local 3299 has a planned day of action against the UC system Nov. 13.