Shiley Ophthalmology Hospital Lab Technicians (HLT) have been experiencing what many other employees throughout UC have been going through over the past several years: added responsibilities to their job descriptions with little to no additional compensation. Even though Shiley’s HLT’s are praised for their exceptional skills and the jobs they do, they do not see any additional compensation for going above and beyond at their new specialized clinics. For years, management discouraged employees from seeking reclassification and justified the new responsibilities as being part of their scope of practice. 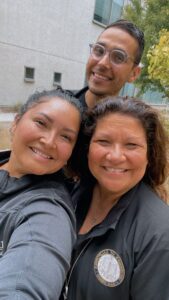 Unwilling to settle for less, the HLTs launched a reclassification campaign in the summer of 2021. After many meetings, research and requests for information, UC agreed to amend the career ladder so that employees could be reclassified to a higher level as long as they obtained the appropriate certification.

Initially, UC had created a new job duty matrix that would make it very hard to be reclassified. The most difficult reclassification was from HLT step 2 to step 3 due to it being considered “supervisory”. According to their ratio, they didn’t have enough employees to supervise in the small specialized clinics where these new duties were being added. These brave employees didn’t accept this and pushed back showing the value they brought to UC. After nearly a year into the campaign, employees now have the opportunity to be reclassified through certification.