If you ever find yourself at the UC Irvine Medical Center picket line, you will not miss Monica De Leon. She’s always front in center leading the charge of the line, directing traffic, and moving her colleagues into action. Monica does not shy away from a fight. 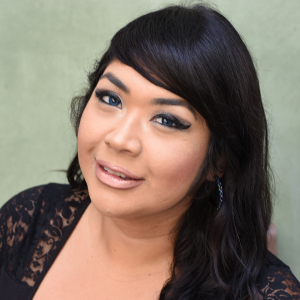 Fifteen years ago though, she was no different than any other member. She paid her dues, got her work done, and went home. Until her department ran into some issues. Management at Labor and Delivery was having workers complete work out of their classification, and when the Organizer at the time began to investigate everyone pointed them toward Monica. Her Organizer reached out, explained the power that being in a union carried and her options. Not doing anything was not an option so Monica stepped up to be the voice of her department.

Since that day Monica has not looked back and continues to evolve as a ferocious leader. Last year, she was appointed Treasurer of the Executive Board and the transition from one leadership role to another was natural.

Monica doesn’t take this responsibility lightly and has big ideas for our union. She wants her colleagues to receive access to higher education and was a strong advocate for continuation training and class reimbursement at the bargaining table for our last contract.  She understands the power of information and asserts that she and her colleagues have a right to access to it.

What makes Monica stand out from the rest is that she’s not one to leave her union family once her work day is done. She regularly plans outings and time to unwind and relax with her union siblings, allowing everyone room to destress and build comradery. “It’s hard to explain the bond that you form in a union with these people. They’re not just coworkers to you. We’re 3299!”

Her dedication is reflected in every aspect of Monica’s life. As a single mom to two kids, she can’t afford not to care about the community they’re growing up in. Raising Latinx kids in Orange County has shown her the importance of diversity and fighting for visibility. Through and through, Monica is a fighter, and inside and out of her union she is a force to be reckoned with.