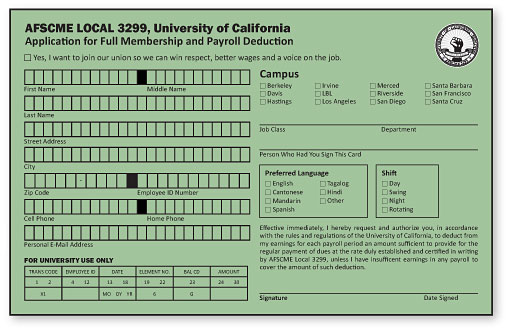 secure benefits and staffing protections. AFSCME 3299 gives UC workers a voice on the job, and in our union. Members elect our leadership, our bargaining team, can vote on whether to strike or ratify contracts, and enjoy many other benefits. You are Already Paying Dues, but you May not Be a Member: By State Law, all employees covered by union contracts are already paying dues. These dues (called “Fair Share Fees”) cover the cost of bargaining new contracts and representation. But only workers who have filled out a GREEN MEMBERSHIP CARD are considered members.

BECOME A MEMBER = NO ADDITIONAL COST, BUT LOTS OF BENEFITS 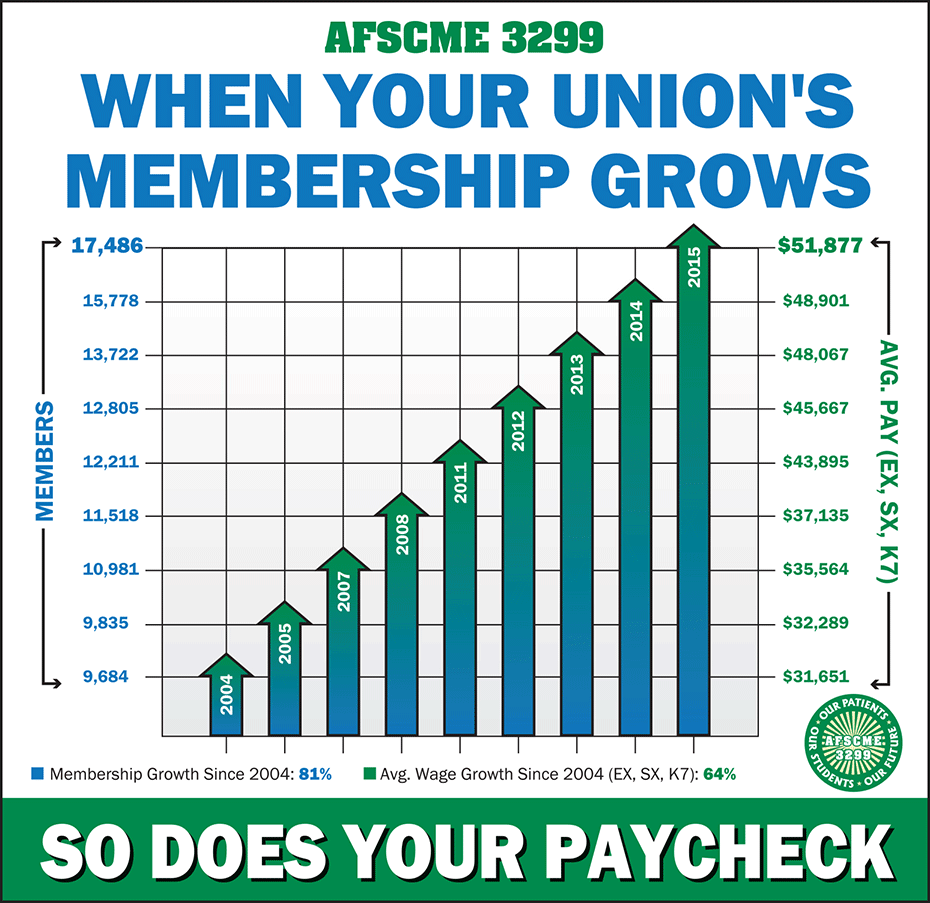