Local 3299 represented workers are organized into four different Bargaining units: UC Service Workers (SX); UC Patient Care Technical Workers (EX); UC Santa Cruz Skilled Craft Workers (K7); and non-academic service, clerical and professional staff at the UC Hastings College of the Law. Local 3299 is governed by an elected Executive Board composed entirely of fellow UC workers representing every campus, and dedicated to building a union that is democratic and responsive to every member.

The story of Local 3299 began in 1948—and remains rooted in a proud tradition of effective representation, solidarity with working families across California, and relentless advocacy in support of social justice and economic opportunity for both our membership and the public they serve.

The American Federation of State, County and Municipal Employees

Local 3299 is affiliated with a much larger union, called “A.F.S.C.M.E.”-or American Federation of State, County and Municipal Employees. With more than 1.6 million members, AFSCME is one of the largest unions in the United States.

The first AFSCME union was founded in 1932 in the state of Wisconsin by workers who decided to stand-up for their rights on the job. Before they created the union, public workers had no real rights, had no benefits, and could be fired at any time for any reason. During those depression years, millions of Americans were unemployed, and there was no unemployment insurance, no Social Security system, no health insurance, no retirement pensions, and no laws allowing workers to form a union.

Those problems didn’t stop workers in Wisconsin; they had already elected many Governors, Mayors, and City Council members who pledged to defend working people and family farmers against greedy corporations. Workers even formed their own political parties to hold politicians accountable, and make sure the concerns of working families were always a top priority. Workers in other states also decided to form unions, and even organized councils of unemployed workers to help workers fight that had lost their jobs.

These efforts were bitterly opposed by wealthy investors and factory owners who attacked union organizers as “radicals” and “reds,” Communists and Socialists. But workers kept organizing in small meetings, then larger meetings, and eventually held strikes, marches, rallies, and sit-ins to demand the right to form unions, feed the poor, help the unemployed, and care for the elderly.

Unity and Action Made Progress Possible

The organizing effort by workers made it possible for Franklin Roosevelt to be elected and support new laws that required companies to recognize unions in the private sector and negotiate contracts. Workers also pushed for reforms that created the Social Security system, unemployment insurance, and other benefits.

The Civil Rights Movement Had a Big Impact

For the next twenty years, the AFSCME union grew slowly but steadily. In the late 50’s, public employees in New York decided to strike and demand the right to have a union. By the 1960’s, public employees organized in growing numbers, influenced by the Civil Rights movement. As more public workers wanted to join AFSCME, many workers were also demanding an end to segregation and racism that was used to justify low wages, dangerous working conditions, and disrespectful treatment. In 1968, garbage workers in Memphis, Tennessee demanded the right to form a union after two of their co-workers were crushed to death on the job. Dr. Martin Luther King came to Memphis to support their strike. He met with workers in the evening, but was assassinated the next morning as he prepared to support their march and rally.

Today’s Challenges and the Road Ahead

Today, while AFSCME has grown to more than 1.6 million members, the number of American workers represented by unions has been declining. This is in no small part due to the growing influence of virulently anti-worker interests in our political process. A coordinated campaign to attack unions in statehouses and the courts has followed, creating historic income inequality across our country and driving more and more working families into poverty. The solution to these threats remains in the power of solidarity—workers organizing, standing together at their jobsite, making their voices heard on election day, and holding those who purport to represent them accountable to the needs and aspirations of American workers. 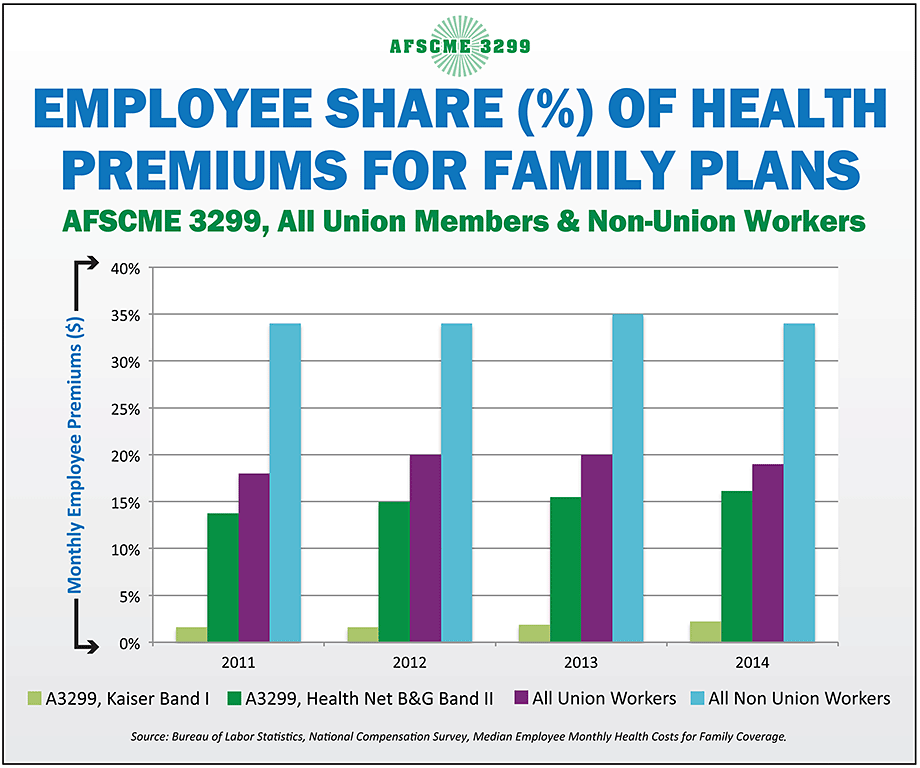 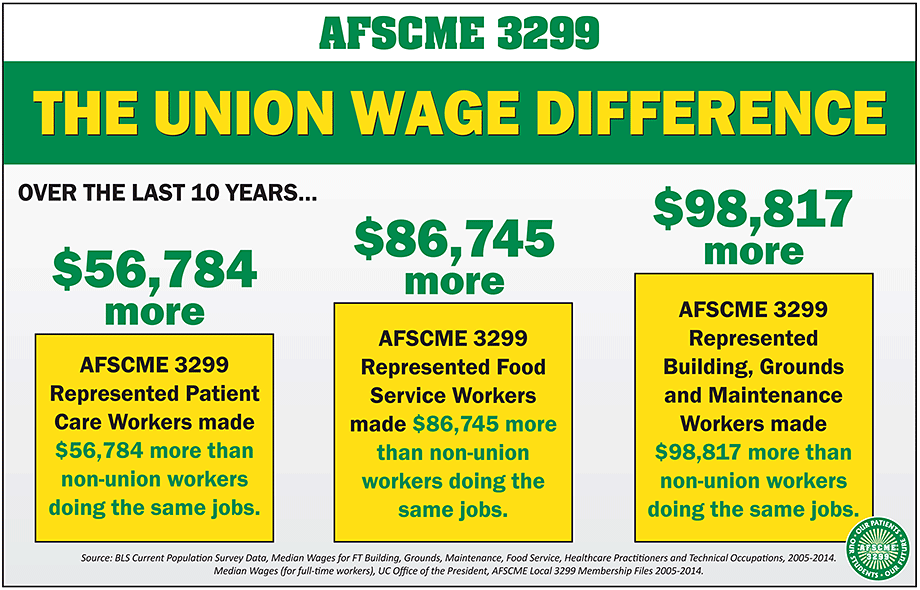 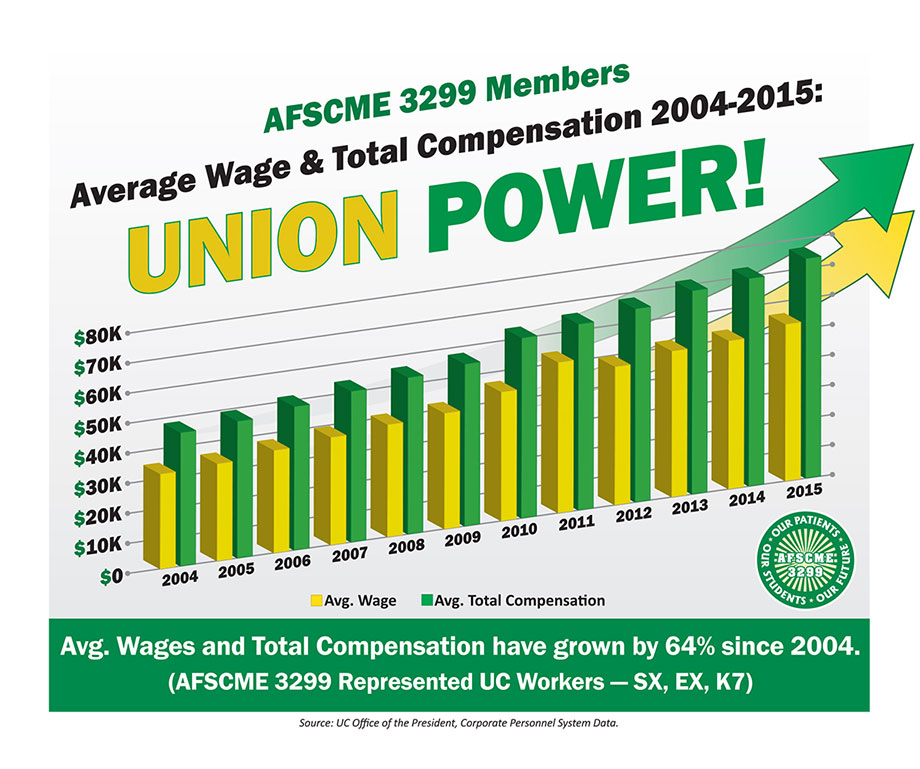 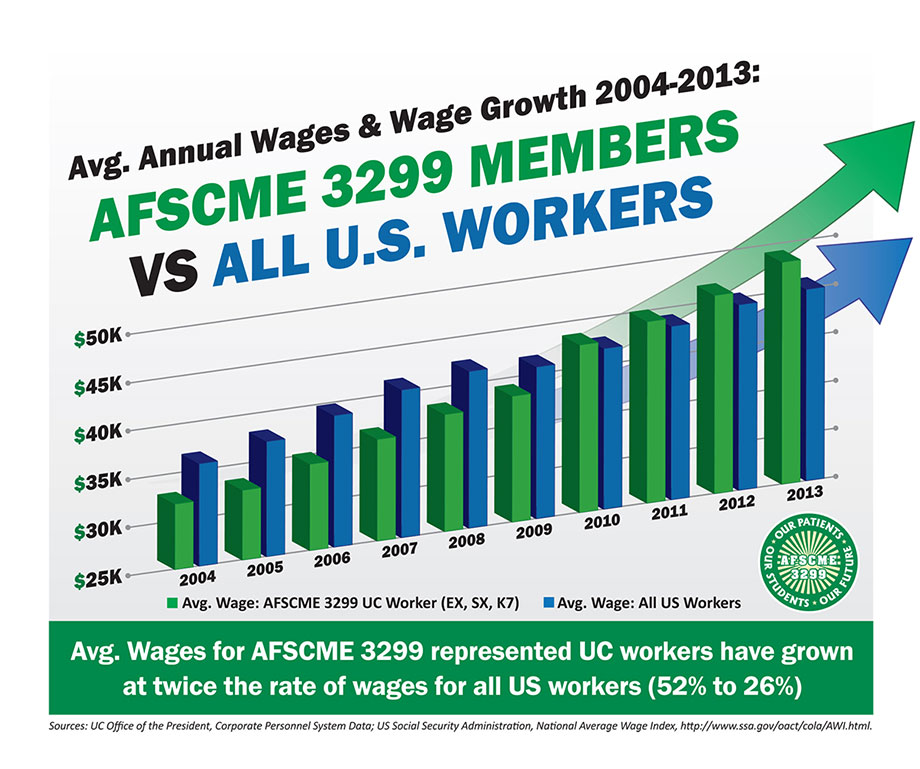