Op-EdInequality is rampant on UC campuses

Inequality is rampant on UC campuses 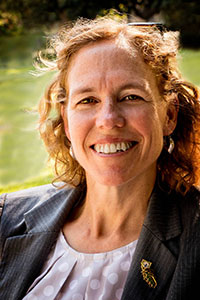 BY KATHRYN LYBARGER
Special to The Sacramento Bee

For generations, Californians have led efforts to address economic and social inequality in America. In Congress and the courts, we’ve fought to close the gap between rich and poor, white and black and men and women.

But new research suggests we should have been looking much closer to home all along.

The University of California is the state’s third largest employer and is supported by more than $3 billion in taxpayer dollars a year. But it is exempt from many rules at other public agencies, and this has consequences. A study released this week by the UC’s largest employee union has revealed staggering levels of income, racial and gender inequality within the workforce.

While soaring executive compensation at UC at the same time as rising student tuition has produced one self-inflicted public relations disaster after another, this new data reveals a broader trend towards inequality. Between 2005 and 2015, the ratio of average salaries for UC’s top 1 percent and all other employees grew from 7-to-1 to 9-to-1.

For women, black and brown employees, the situation is far worse. Overall, the university’s workforce is far whiter than California as a whole. And among the most diverse and lowest paid workers – custodians, patient care technicians and others women and people of color earn starting wages that average as much as 21 percent less than white men. Black women earn $4,000 to $16,000 a year less in starting wages than their white male colleagues, which means they must work six years before reaching the starting line for white males at UC.

These never-released UC employment numbers also show that black workers are disappearing from the workforce. Between 1996 and 2015, the percentage of blacks employed as UC service workers dropped by a staggering 37 percent.

The research suggests that outsourcing UC jobs to private contractors that pay their workers far less is helping drive this displacement. Campus surveys show that African Americans are more likely to be employed by these low-wage companies under contract than by UC itself.

Ironically, UC is celebrating its 150th anniversary of “pioneering a better future” and serving as “an engine of social mobility.” For decades, institutions such as UC have been seen as an incubator for broader national movements for social and economic justice.

But an honest reading of history shows that it took years or decades to overcome opposition from top administrators and admit women, support free speech, end overt racial and gender discrimination in hiring, eliminate English-only rules and end McCarthy-era loyalty oaths.

The effort to rectify the growing disparities revealed in the new study will no doubt meet similar resistance and will require similar persistence.

Until UC starts “pioneering” a better solution to persistent inequality that plagues its own workforce, these problems will continue to fester.